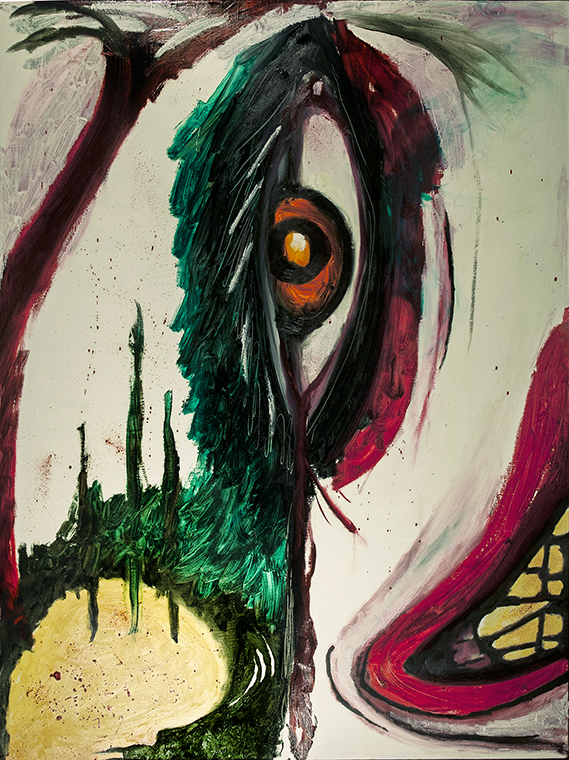 A little while ago a Justin Stokes, a friend hired me to do an abstract for him. He wanted it to be done on a large canvas and he wanted it to either be a representation of his emotional state or in some way a representation of his personality. Right off the bat I decided I wanted to use a medium that was and still is new to me. Oil Bars. Basically Oil Bars are giant sized oil pastels, the kind you might give a kid to play with. I’d seen paintings done with oil bars and loved the broad, deep and energetic strokes and scribbles that could be achieved using them.

I ordered 12 and eagerly waited for their delivery.

Finally they arrived and my canvas was prepped (after 5 coats of gesso). Now came the hard part. My friend and client is not the easiest person to pin down emotionally. But I can say that running through his personality is the Clown Prince of Crime. That’s right, the joker. A true fan of the Joker and the joker’s influence is often to be found in my buddy’s mannerisms and wit. So with this strong character casting it’s crazed shadow across another strong personality I decided to take the joker and direct him. To blow him up, put him in a blender and then use the resulting goo to reconstruct him on canvas!

I delivered this piece today and it was to say the least it was well received.